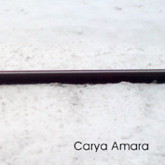 The sounds of Carya Amara started Earthrid in 2001 with the visceral electronic album Vestigial Digital. It was followed by two retrospectives of music dating back as far as 1980, Extinction Frequency and Tales of the Unattractive. Since then there had been collaborative projects (released on Earthrid) and related musical ventures but no solo Carya Amara work appeared until 2011 with The Late Carya Amara.

Anyone who was perplexed by the diverse approaches of previous releases is unlikely to find this one any easier to decode – but the receptive listener, maybe armed with a good pair headphones, will find this to be an immersive (if sometimes chilly) experience. Released in summer in the UK, the album’s snowy themes were definitely unseasonal… but did you really want to wait any longer for The Late Carya Amara?

Get The Late Carya Amara

(The CDR edition is sold out).

“This album is full of lovely synths electronics pulses and drones... What are you all waiting for.” – Keith Seatman, Test Transmission blog.
“It’s a damn haunting radiophonic nightmare! With beats!” – Listener review via Twitter.
“Excellent yet often haunting ambient” – Listener review via Twitter.
“The music of dreams” – The Winterval Conspiracy.

Artwork for the CD edition (sold out) 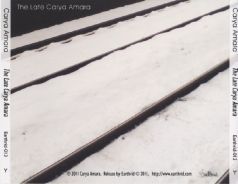 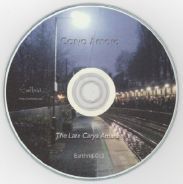